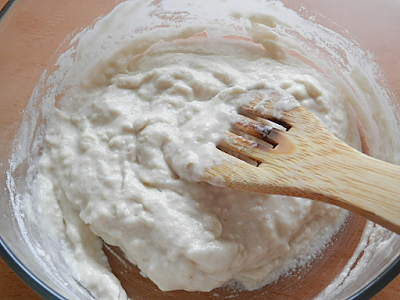 Scalded flour (Poolish) is a natural dough improver used by the  Scandinavian to boost the texture and taste of their breads.
It  terms of functions, it is similar to Tanzhong but the difference is in the way both dough conditioners are prepared.

1. Pour all the boiling hot water into a bowl containing the 100gr bread flour. 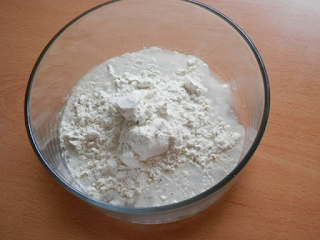 2. Stir the mixture quickly until well combined, then cover with a lid or cling film and leave to cool to room temperature(this takes about 1 hour depending on the weather) 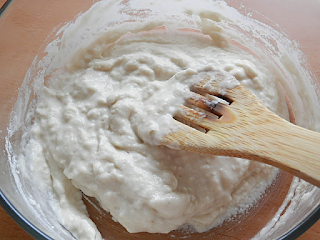 When the the batter cools , use as desired.

Don’t worry if the dough looks rough, after 1 hour the flour would have absorbed all the water and look smoother.
Tip: the scalded flour is usually left for 12 hours before use, but I followed Cornercafe’s tip and always get a good result if I use it after 1 hour.

To understand the science behind this method, please visit Hadyn of Thebreadmaiden and Zita  of Thesourdoughlibrary , these ladies couldn’t have explained it better.

Here,s a soft chewy white bread I made with scalded flour

Pls try again, you're almost there

we respect your privacy and take protecting it seriously

END_OF_DOCUMENT_TOKEN_TO_BE_REPLACED

How to make Breadcrumbs …

Ice Cream Without an …

This website uses cookies to improve your experience while you navigate through the website. Out of these, the cookies that are categorized as necessary are stored on your browser as they are essential for the working of basic functionalities of the website. We also use third-party cookies that help us analyze and understand how you use this website. These cookies will be stored in your browser only with your consent. You also have the option to opt-out of these cookies. But opting out of some of these cookies may affect your browsing experience.
Necessary Always Enabled
Necessary cookies are absolutely essential for the website to function properly. This category only includes cookies that ensures basic functionalities and security features of the website. These cookies do not store any personal information.
Non-necessary
Any cookies that may not be particularly necessary for the website to function and is used specifically to collect user personal data via analytics, ads, other embedded contents are termed as non-necessary cookies. It is mandatory to procure user consent prior to running these cookies on your website.
SAVE & ACCEPT
×